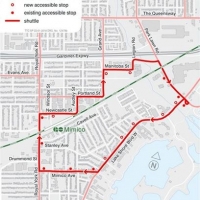 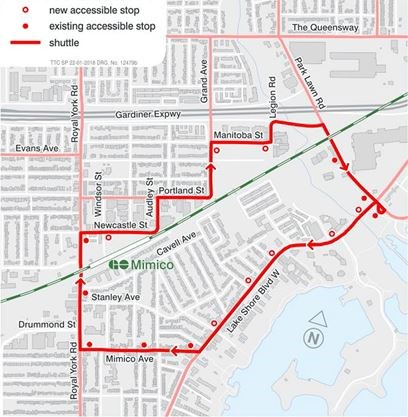 The TTC has approved two new bus routes in south Etobicoke — including a much-requested shuttle bus from the Humber Bay Shores area to Mimico GO station.

The TTC board approved the pair of new services, which also includes a bus route between Kipling subway station and Sherway Gardens along The West Mall, at its March 20 meeting.

TTC chair Josh Colle called the addition of the new routes — both of which are expected to be implemented by September — “positive news” for all west-end residents.

“These new transit services will make commuting easier and more convenient for the thousands of residents that live and work in this part of the city,” Colle said in a statement.

The Park Lawn Loop to Mimico GO Station service was first pursued following the Park Lawn Lake Shore Transportation Master Plan public consultations held between September and December 2016, which took into consideration the fact that Mimico was one of Toronto’s fastest growing neighbourhoods between 2011 and 2016. The area is forecast to grow from about 35,000 people and 9,000 jobs, to 55,000 people and 10,000 jobs in 2031.